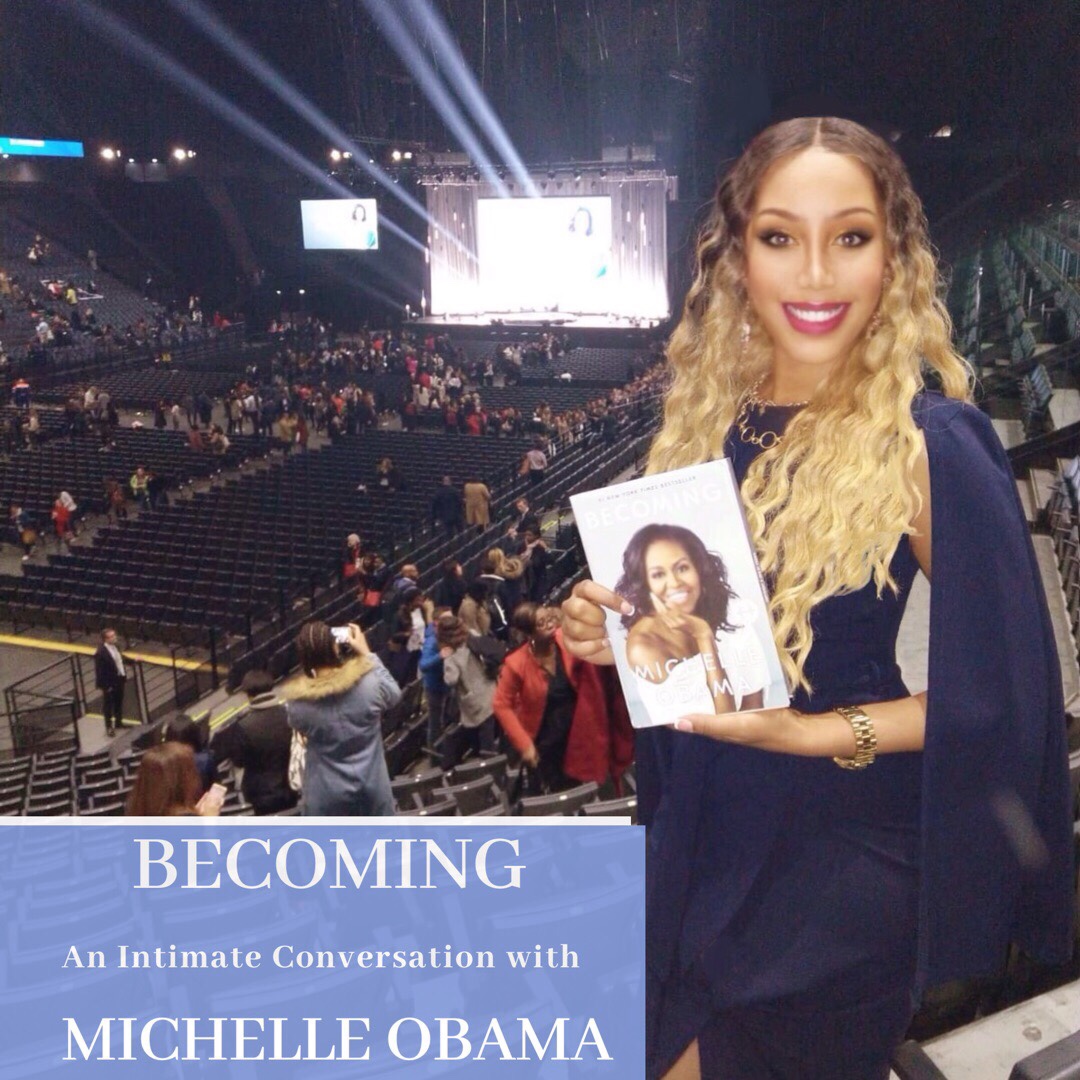 On a tragic day when Paris suffered the devastation one of its premiere historical landmarks, the Notre Dame cathedral, it’s as if by grace, the city gained another Grande Dame. A living, soulful and monumental “Première Dame”, Mrs. Michelle Obama.

Our Forever First Lady seemed to have arrived at the right moment, divinely orchestrated to usher in hope. The synchronicity of the dates after such a tragedy and the empowerment that was delivered by Mrs. Obama, was a testament that a shift is happening.

I attended the Paris edition of the “Intimate Conversation with Michelle Obama” in my capacity as an ambassador of my beloved island St Martin.
Indeed, as an overseas member of the United women’s bookclub, it was an honor to represent such an awesome group of women at the illustrious event. 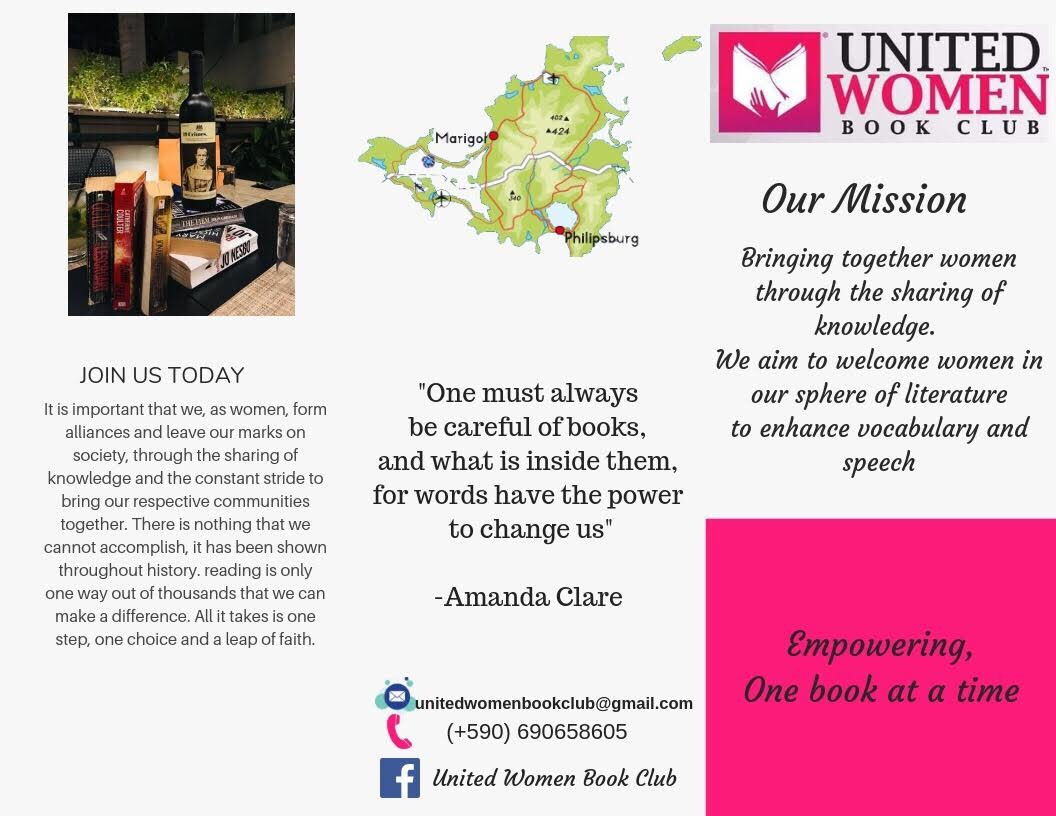 The Founder, Mrs. Danielle Chance whom I thank for the honor, has founded the club in the hopes of uniting women around the common pursuit of knowledge. 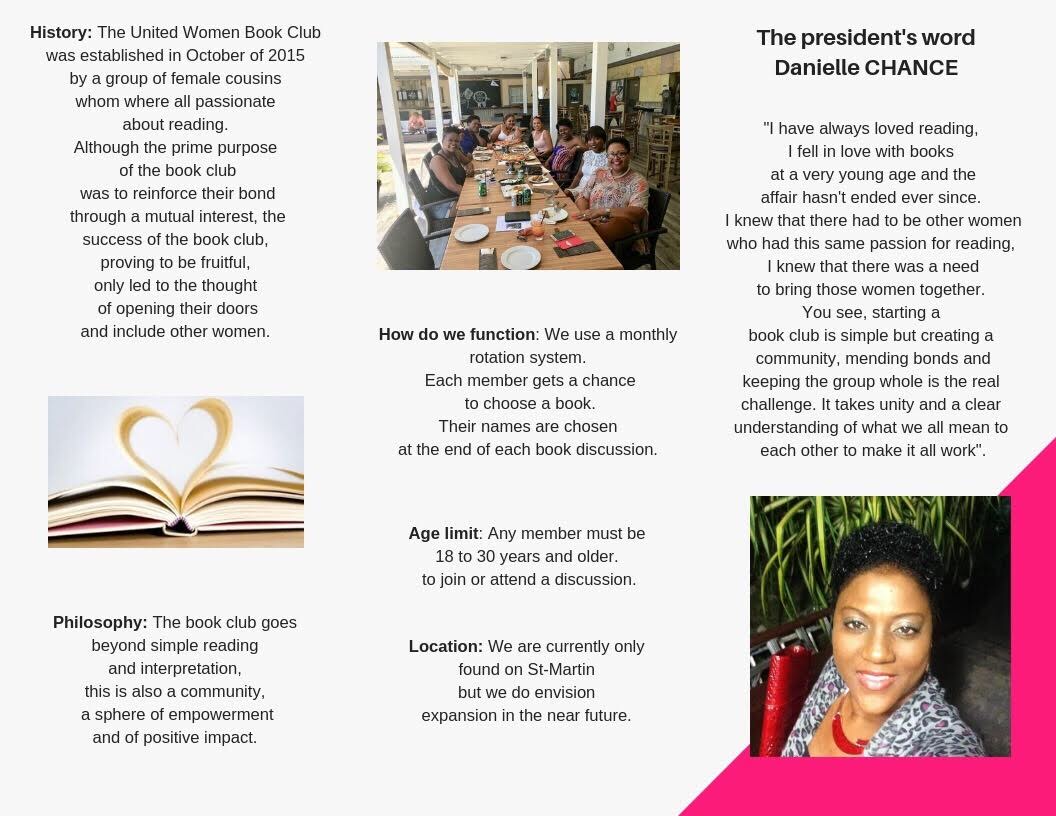 After surviving the devastating hurricane Irma, little by little the island started rebuilding and the book club was reopened. The book chosen for the relaunch was fittingly “Becoming”. Symbolic and inspiring since after suffering such loss, the people of St Martin had to draw strength from the destructive event to grow into the survivors they would have to “Become”. Mrs. Obama’s book offered a banner of hope that our journey is not determined by our circumstances but by our drive. 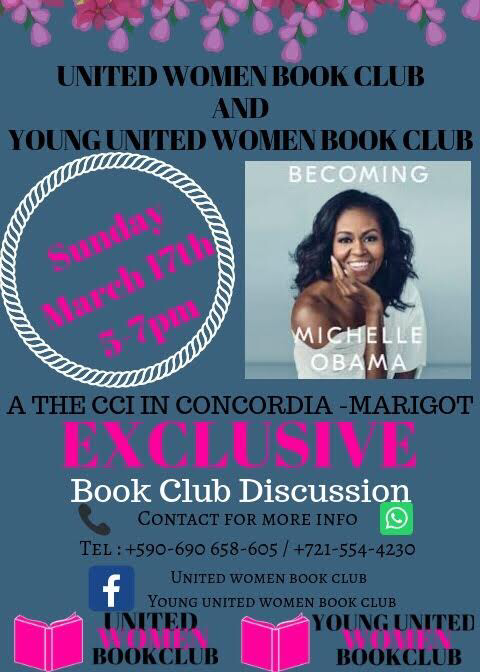 So naturally, when I got my ticket to the ‘Becoming’ book tour, I already expected to be blown away but nothing could’ve prepared me for the poignant, transformative and enlightening experience it would be.

It was so refreshing to witness a woman of her caliber recounting her story with such authenticity. Real, raw and stripped down of all pomp and circumstance, her words carried a wealth of knowledge.

Encapsulating her race, gender, marriage, career and future aspirations, Mrs Obama’s testimony was one that symbolized the power of resilience and investing in one’s future. Exchanging with CNN anchor Aisha Sesay, the “intimate conversation” captured the audience for almost 2 hours.

We were in awe. There was laughter, applause, gasps and even tears as she embarked us on her journey from a feisty piano-playing, south-side girl to the tour de force, wife, mother, former First Lady and internationally acclaimed author that she has #Become. 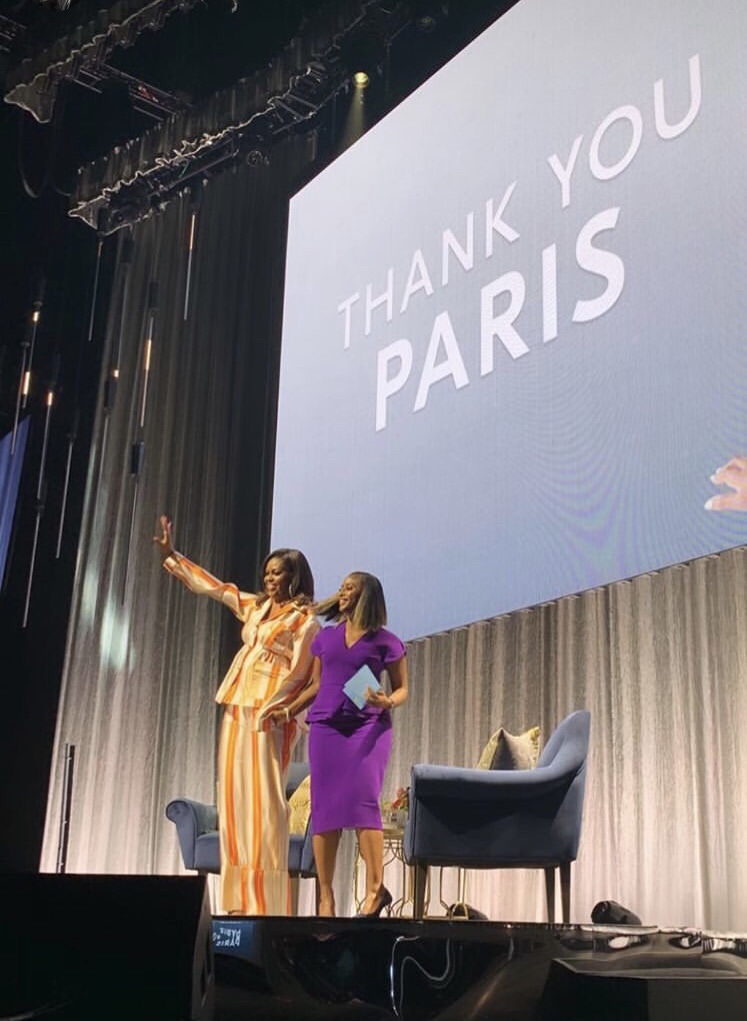 Seeing Mrs Obama in person left me inspired by her transformative message of knowing one’s worth and valuing one’s story. You cannot share your “becoming”, if you don’t know who you are. You cannot become all you’re meant to be, if you don’t see the value of your life. 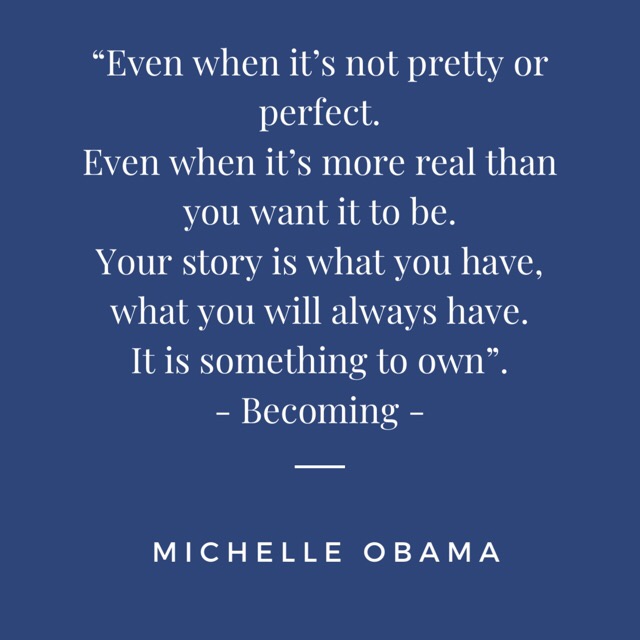 Thank you Mrs. Michelle Obama for the seed of hope you’ve planted in us, it may seem small but something tells me the harvest won’t be.

Furthermore, Mrs. Michelle Obama, insisted during her speech that context is important.

Numerous times, the word was highlighted.

So I will conclude, by offering some context. 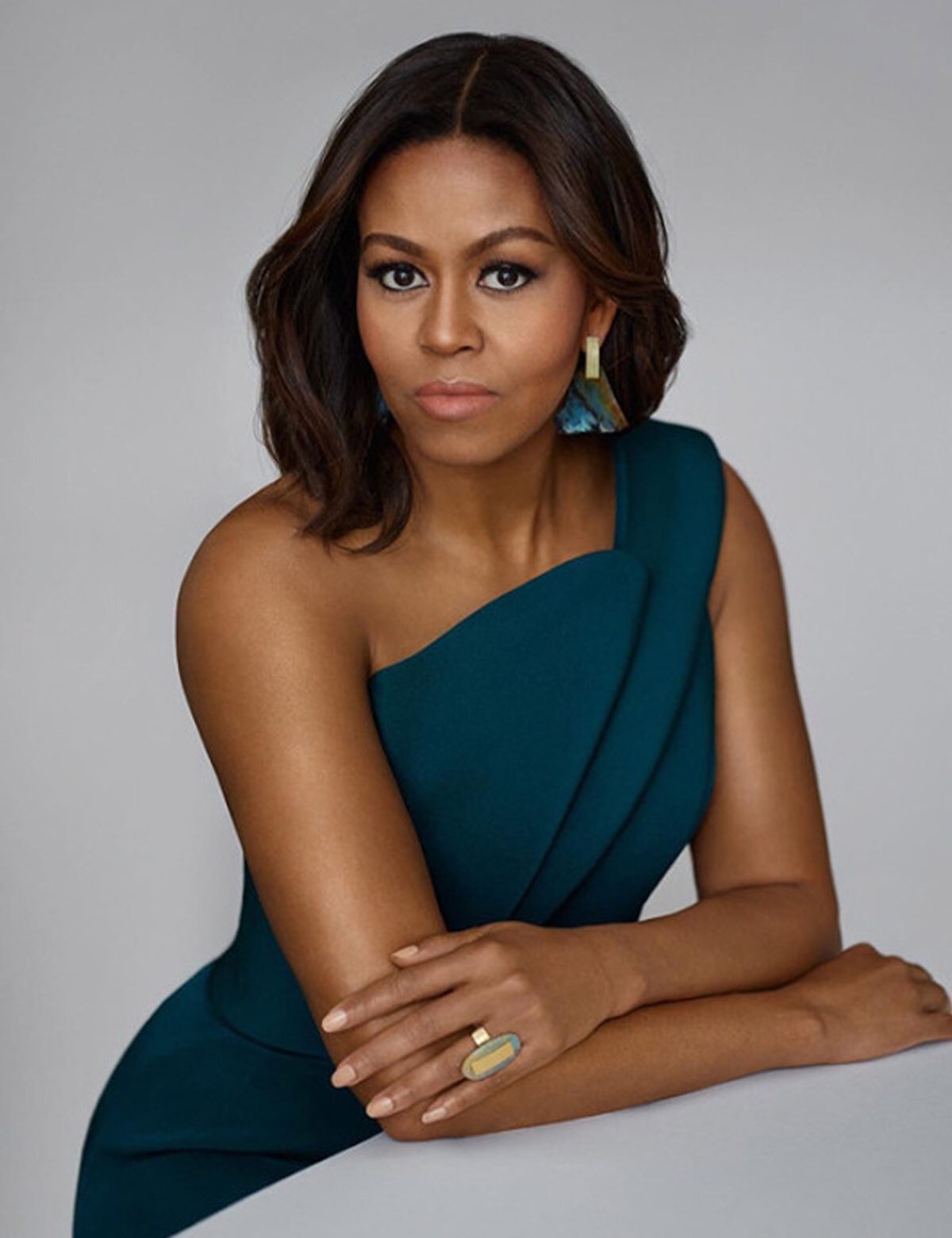 The first Black First Lady and most educated FLOTUS at that, is not only a figure to be admired but a testament that although the structures that often seek to exclude minorities from positions of power still exist, with determination and hard work they can be successfully overcome.

Mrs. Obama touched on the fact that people of color are often underestimated and have to carry the burden of proving their humanity in a society that, as she brilliantly illustrated, are often times afraid to share power and create an illusion of unattainable access to the proverbial table. 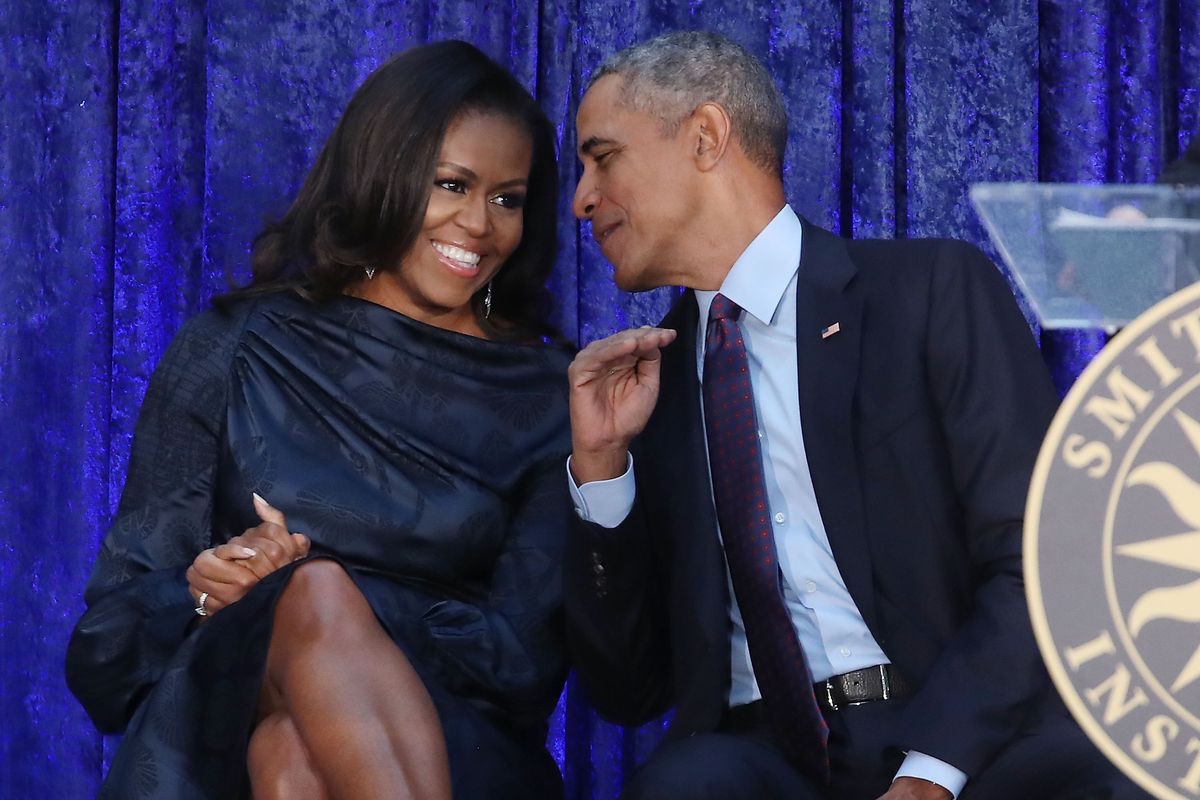 Well, Mrs Obama made it clear, not only are you worthy of a seat, you belong at the table. And as she assures, when you finally get your seat, you will realize that it’s really not a big deal. Mrs Obama is big on humility and staying grounded no matter who’s around or how far you go. 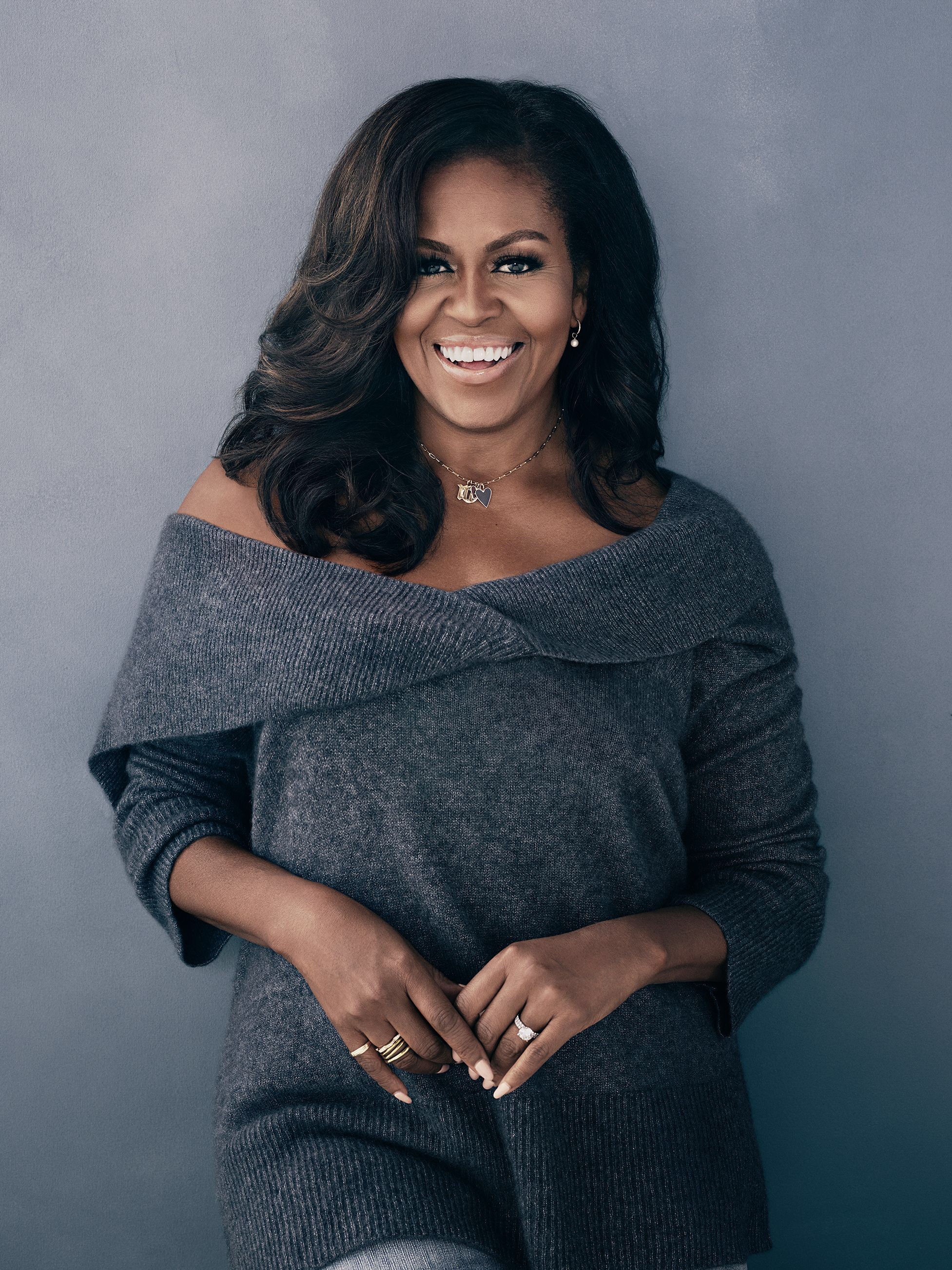 Having graduated from Princeton and Harvard, become a lawyer and served as First Lady of the Leader of the Free World, Mrs Obama has seen her share of powerful tables. But her message wasn’t about a quest for power. No. As she put it, when one has known poverty and then wealth. Has lived in a tiny apartment on the south-side of Chicago and then the majestic historical White House, has been a young black girl underestimated by society and then First Lady admired on a global scale– your perspective is different. 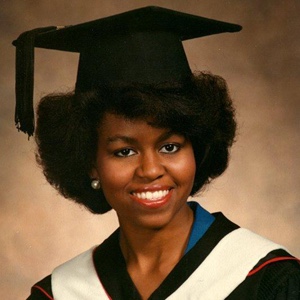 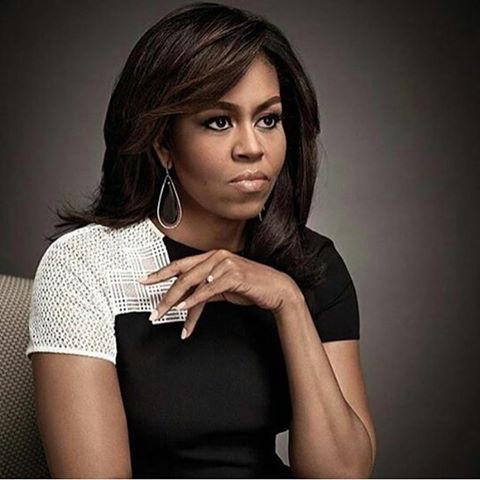 It’s less about hoarding power and fearing that someone will steal it and more about sharing. It’s knowing that with or without it you’re fine- because it never defined who you are. You aren’t corrupted by the access to power and can genuinely share it with the less fortunate and create spaces for inclusion, diversity and transparency. 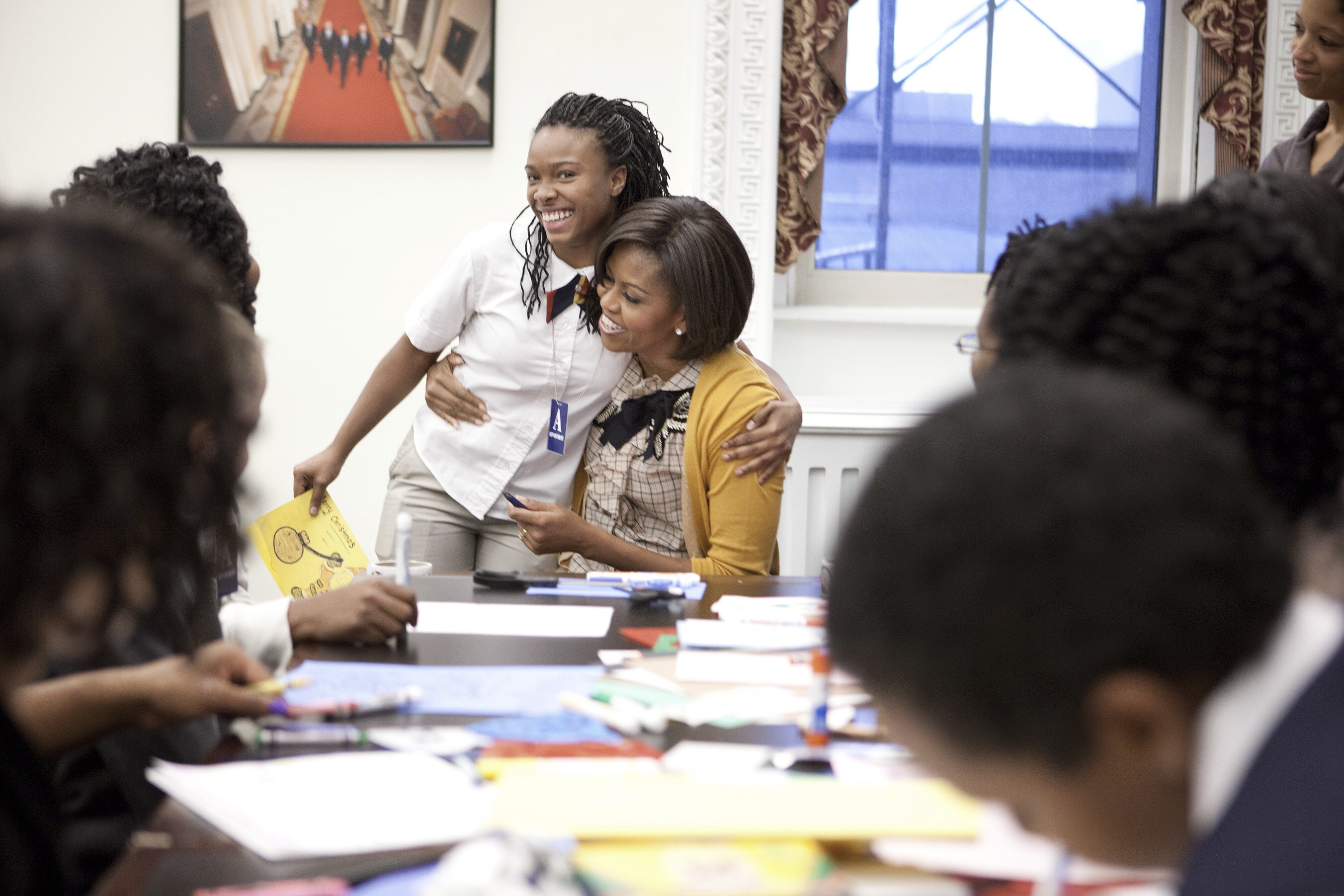 Instead of acting from a place of insecurity, you can function in love.

Her message, and the foundation of her chef d’œuvre, Becoming, is Love.

A profound and intimate gift to this world, her memoir, pushes the narrative of personal empowerment which resonates with the answer she gave to a burning question. As we all wanted to know: will Mrs. Michelle Obama ever run for President? The interrogation was met with a firm and somber “Never.” Leaving no room for doubt. Her reasons were that she would never put her family through that level of scrutiny again and more importantly, she no longer wants to live in a bubble. It is privileged bubble yes, but a bubble no less. And she believes wholeheartedly that today’s world needs leaders who are, as she puts it, “outside the bubble”. 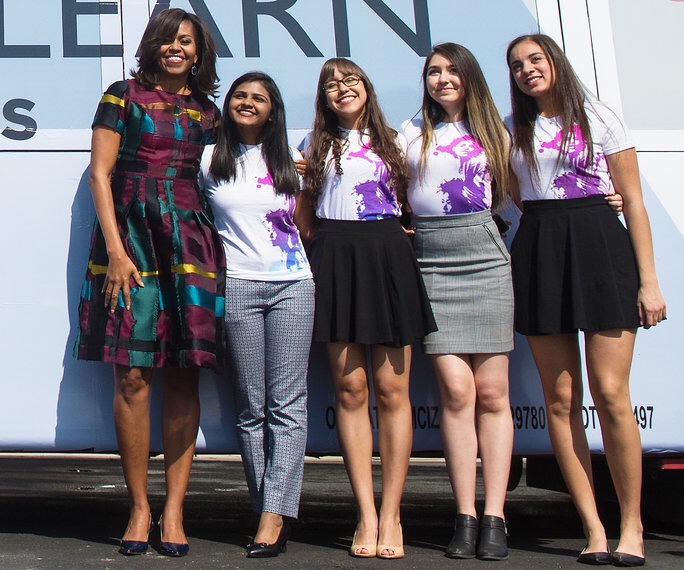 Her powerful message is about being accessible and relatable and inspiring the next generation of leaders.

The former First Lady ended her talk with a call to Love yourself, your story and your journey. And as she insists- “Share it with the world”.

And maybe that is what our Becoming is about- living life authentically and sharing our Journey To Lovely with the world.

Let me know if you’ve read the book? I’ve been listening to the audio version read by Mrs Obama herself and it adds a deeper layer to her story and touch to her words. 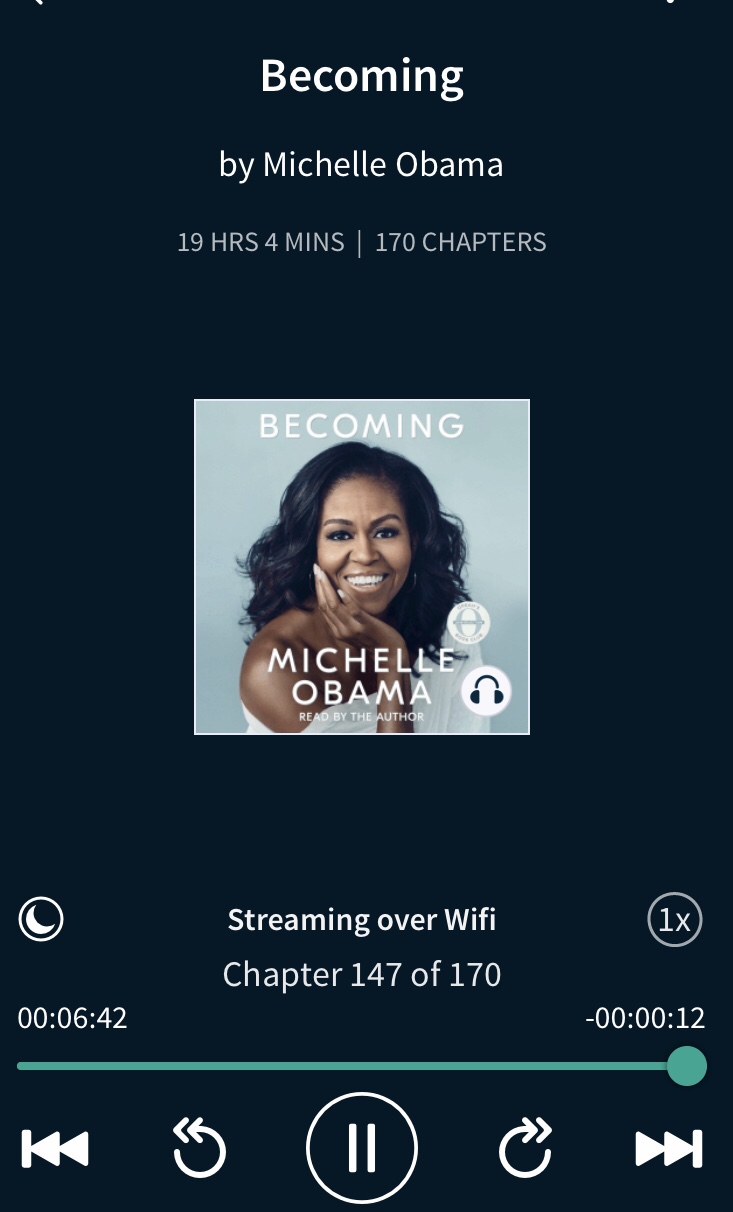 Have you been to one of her Intimate Conversations events? How does Mrs. Michelle Obama inspire you? Share your thoughts below!

Thank you all for stopping by! 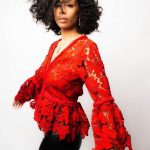 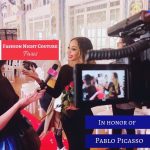 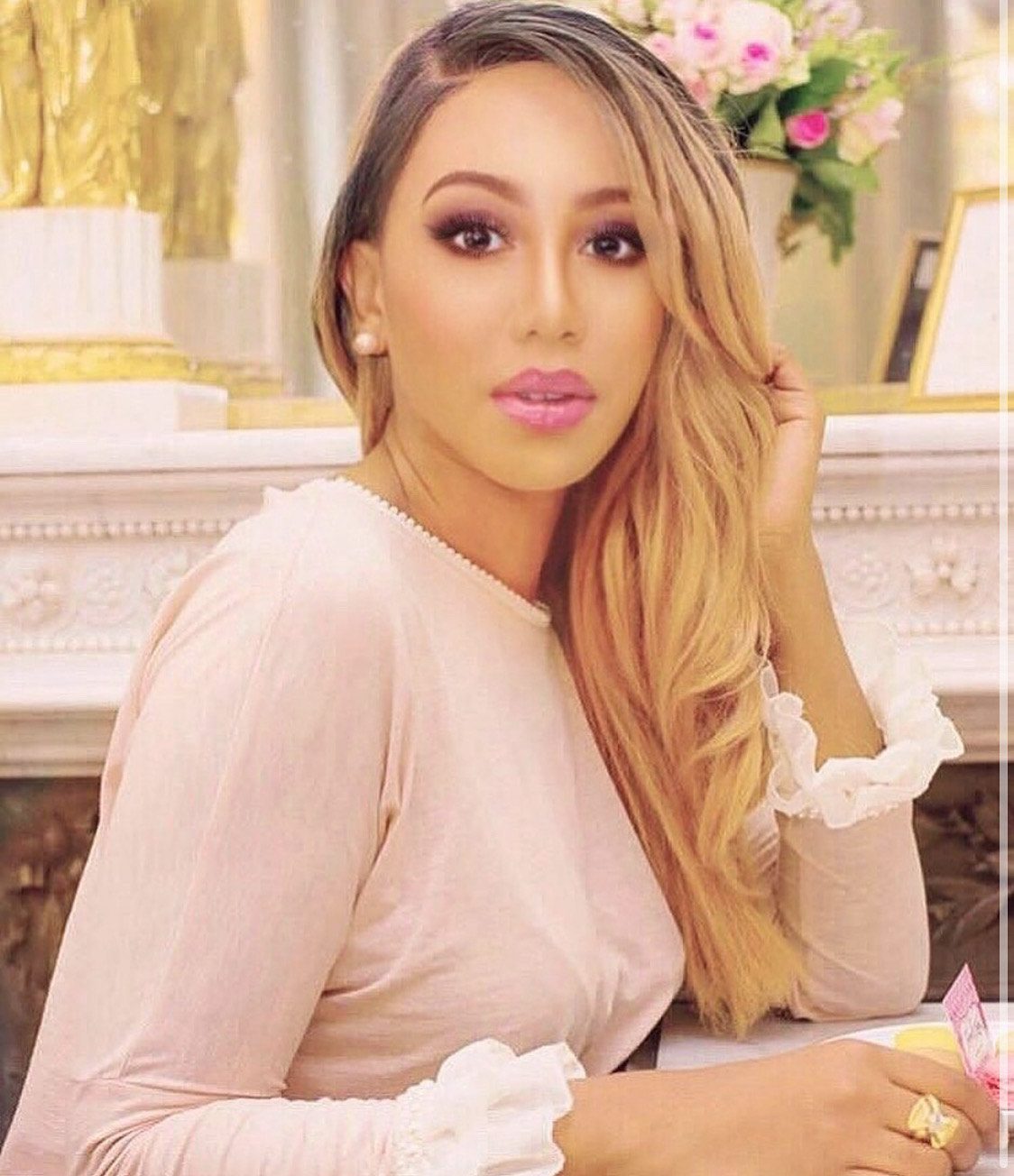 I am a fashion lover who is currently based in the City of Lights, and would love to share my passion for all things refined, glamorous and stylish. Read more →