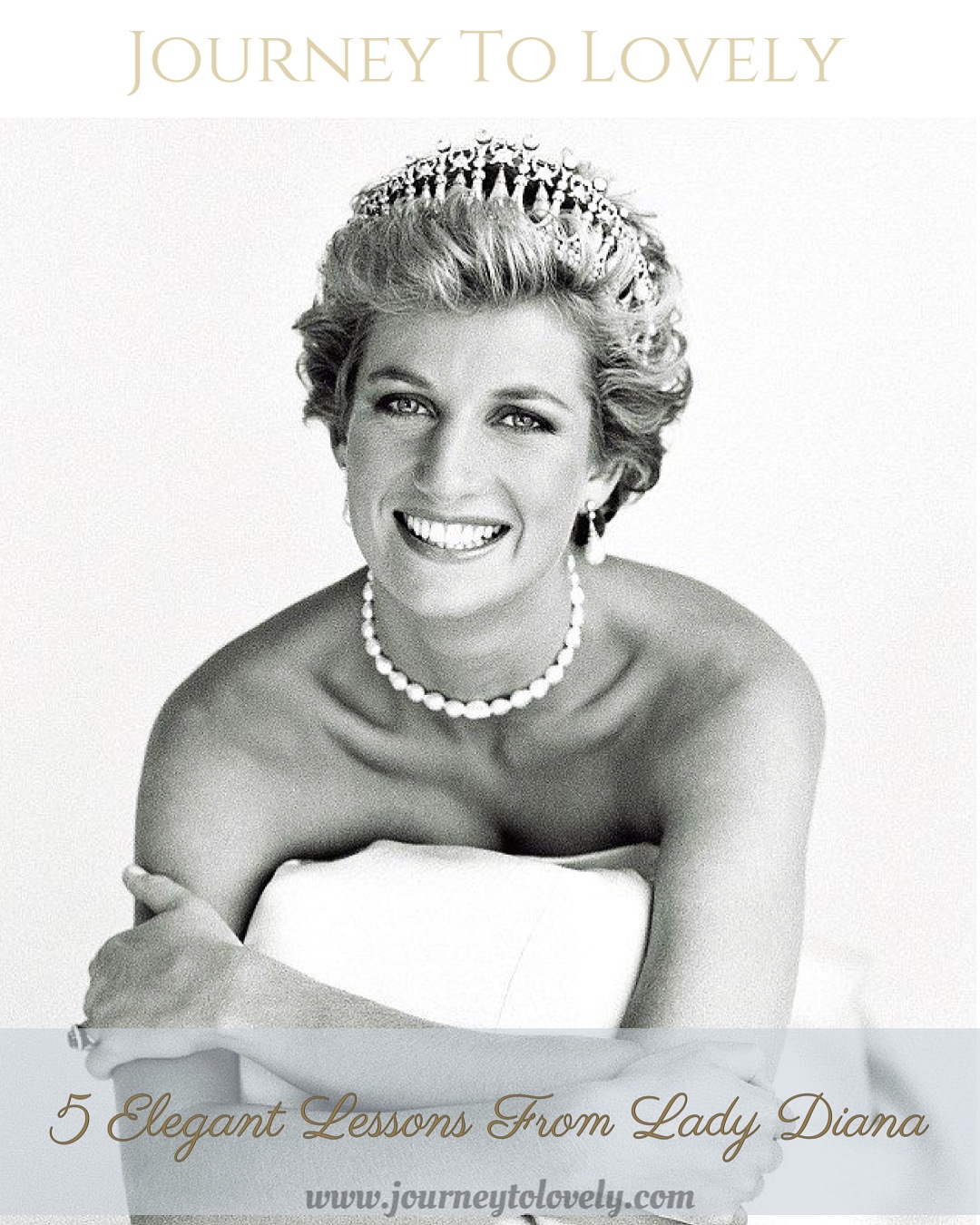 Princess Diana, is the epitome of the Lovely Lady archetype.

A woman of elegance who become a Princess not only in title through her marriage into the British royal family, but in service to others. Indeed, widely celebrated for her charity work and advocacy, Lady Diana quickly become known as the “People’s Princess”. 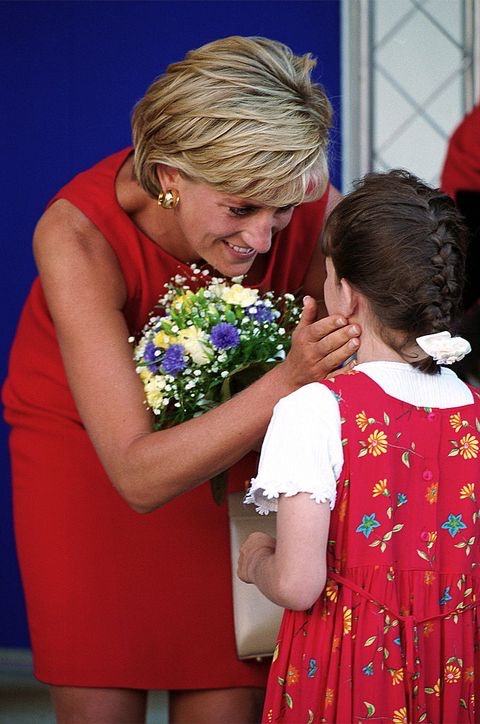 Her life beautifully shows that elegance is not only in style and timeless looks but in one’s character.

Lady Di gracefully stood up to strict royal protocols and stood firmly on her principles, all while remaining composed, elegant and unapologetic. Widely admired for her humanitarian efforts, effortless style and her love for her sons, Lady Di’s beautiful legacy lives on today. And in her own famous and touching words: “I’d like to be queen of people’s hearts”.

Indeed, there are many inspiring themes that we can glean from her life- in style and in manner.

Scroll down to read the 5 elegant lessons we can learn and apply from Lady Diana.

1. A nurturer and protector of her family 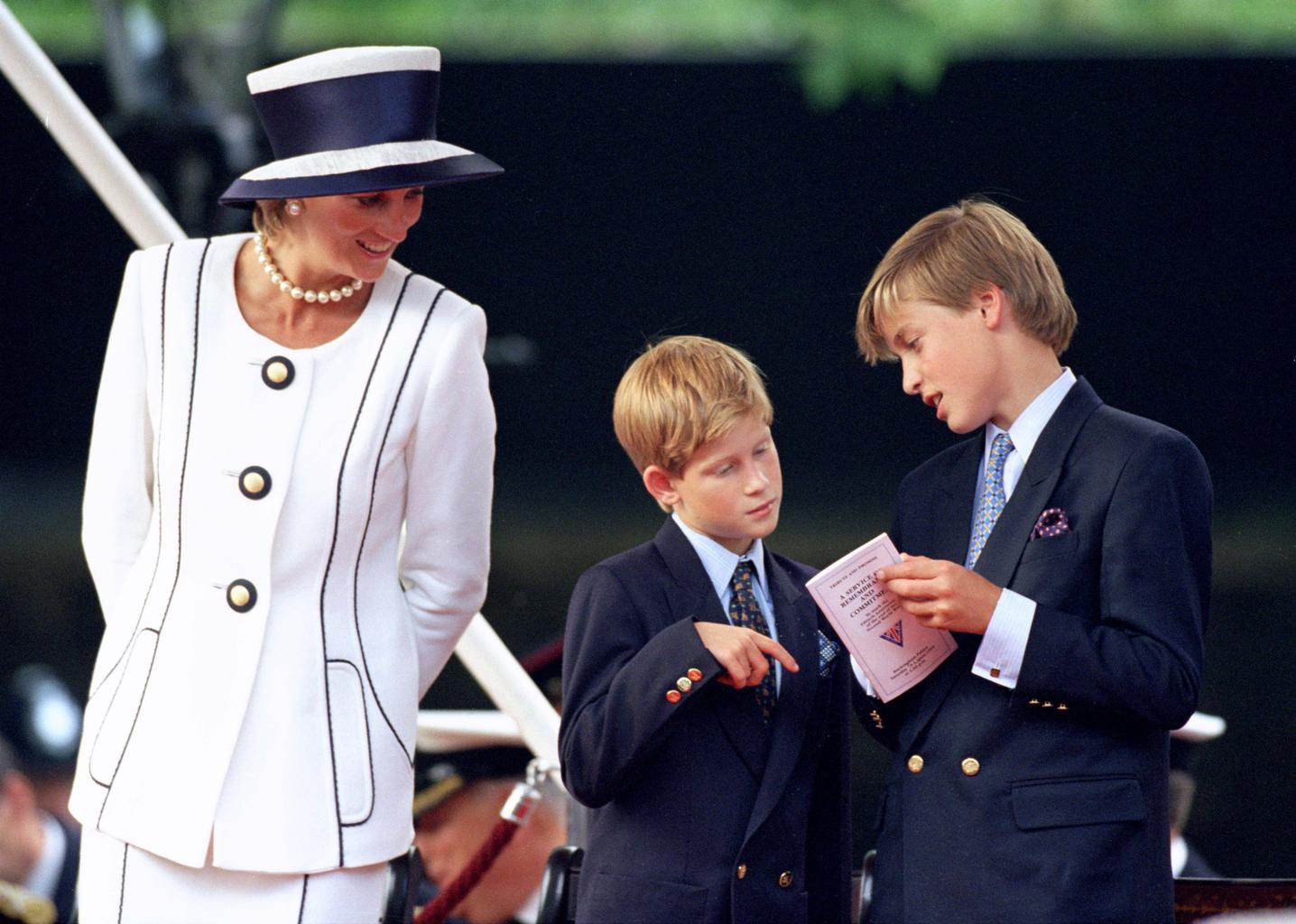 It was known that Lady Diana was a devoted and nurturing mother.

She was fiercely protective of her royal brood, defying strict royal regulations and modified her schedules to accommodate her children’s activities.

She was also a very real mom. Wanting her boys, Princes William and Harry to have a balanced childhood and for them to have as many real-world experiences as possible.

Both William and Harry went to public schools and much to the surprise of their royal chef, were taken to Mc Donald’s to get their favorite Happy Meal!

Princess Diana was even documented sleeping on a hospital floor to stay overnight with Prince Harry after a minor operation he had- mulch to the dismay of Buckingham Palace.

Regardless of the looming disapproval from her husband and royal in-laws for her on-hands parental style, Diana has always put her children first.

This personal code can teach us the value of not compromising your core beliefs for others, no matter how much pressure or disapproval you may face.

Thanks to her firm stand and living life on her own terms, she was able to transmit these fundamental family values to both William and Harry, who carry on her legacy and hands-on parental style with their own children.

Standing your ground literally can change generational patterns and even the face of a monarchy. That is true elegance and legendary influence indeed. 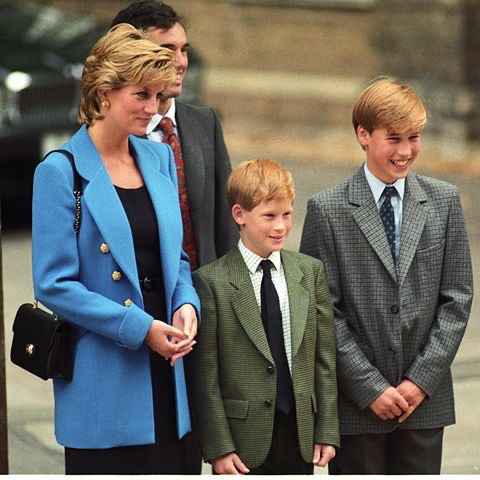 2. An Unapologetic And Defiant Media Maven 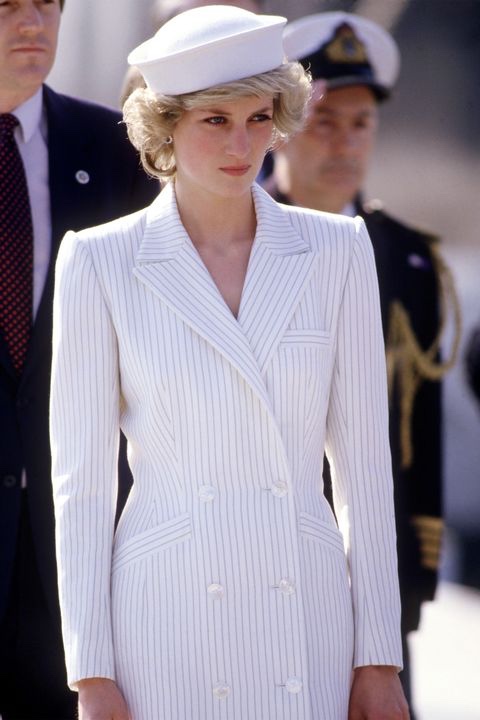 As a public figure, Princess Diana dealt with excruciating media coverage- even in death.

Yet, her life is a testament of turning one’s lemons into lemonade.

At the time, Lady Di was the most famous woman in the world – celebrated, betrayed, pitied and chased. Indeed, she innately understood the power of the media, and used it to become a superstar and highlight the causes she championed.

But also to speak her Truth.

In a post-divorce interview, Lady Di famously said, “there were 3 of us in this marriage, it was a bit crowded”.

She used the press to wage her own war against her detractors and those that tried to destroy her reputation.

Furthermore, although she found the media’s intrusion into her personal life “intolerable,” Diana strategically found ways to use the press as her personal tool to bring attention to the people and the causes that needed it most.

This is a insightful lesson on being selfless and charitable. Instead of using the press as vanity supply, she understood the responsibility that came with having such a platform and cared more sharing her authentic self and the causes of the less fortunate.

3. A World-Famous Style Icon With A Message 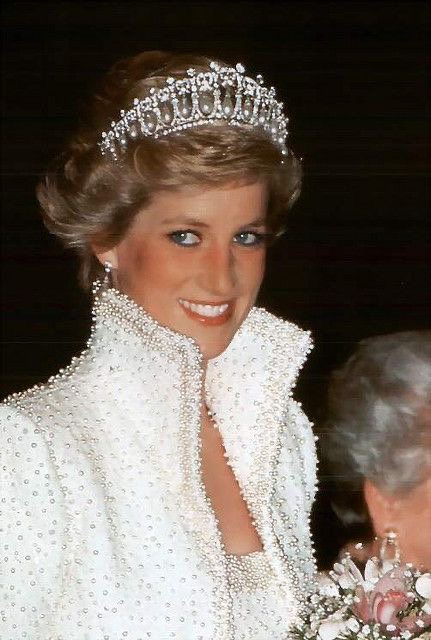 Though legacy extends far beyond fashion, Princess Diana is one of the greatest fashion icons of our time.

Her looks are copied until today.

To be honest, most of Lady Diana’s candid looks are still seen in chic street style looks across the world.

A recent meme shared how she was ahead of her time and an insta-fashionista before there was an Instagram!

When you carry yourself with class, poise and authenticity- respecting your true self and expressing it through the lenses of creativity, you create your signature style. 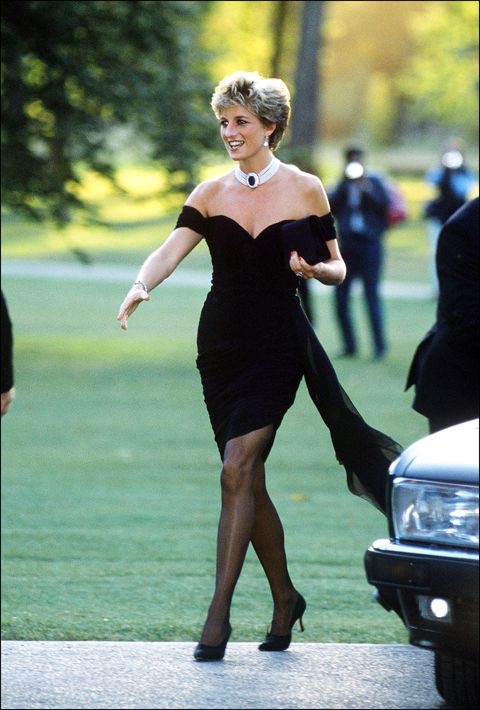 We learn that sometimes it’s ok to break restrictive rules to let your light shine. Lady Di broke the strict royal dress code and became one of the most celebrated style icons of our era. People magazine crowned her ‘the most photographed woman in the world’. Her style was her own. She brought a unique touch of style to the royal tradition. As a princess, she stepped out of her comfort zone and collaborated with celebrity designers and looked absolutely fabulous! Her passionate, iconic and inspiring looks show that refining your signature style with care and tapping into your authenticity is the truest form of elegance.

4. An Unpretentious And Meek Humanitarian 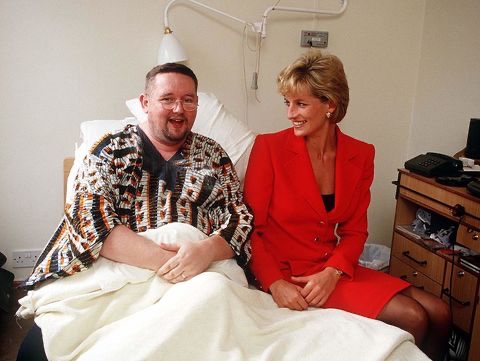 Princess Diana was known to put herself on the level of those she spoke to. Breaking royal protocol once again, she showed the world that she prefers to give than to receive. Even when meeting children, she would gracefully bow down to their level and kindly give them eye contact. When meeting sick people during her many visits to orphanages, homeless shelters or hospitals, she would be accessible and treated those she visited with the utmost respect and consideration. 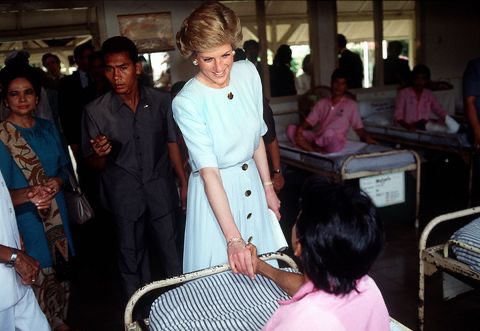 In doing so, Diana displayed a great affinity for young people and became a champion for some the most vulnerable. As patron of The Royal Marsden Hospital and Great Ormand Street Hospital for Children, she was often pictured comforting children and made a personal connection with many.

This altruistic attitude is the height of true nobility and is a lesson on the beauty of humility.

Her humble spirit is the hallmark of a character of integrity.

We can all learn from this because there is no elegance without kindness and treated others gracefully.

5. A Voice For The Voiceless 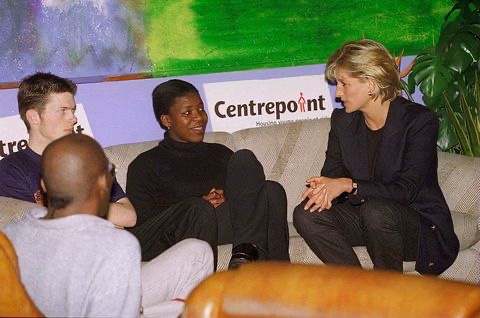 While the world shunned the destitute and disease-ridden people of the world. While many causes where taboo and overlooked and despised, Lady Di stood up and shined her Light on them.

She became a Voice for the Voiceless.

A Light for the Forgotten.

An Embrace for the Rejected.

Princess Diana supported numerous non-for-profit organisations and foundations that worked with everyone from children and landmine survivors to cancer sufferers and those affected by HIV and AIDS.

Her kind and genuine heart was so grand that she would go past her allotted time and extend her schedule to spend extra time with those she visited.

She would advise her team to avoid spreading news about her visit to avoid any media fanfare.

She was real, genuine and authentic.

And that is a lesson in cultivating an elegant spirit. 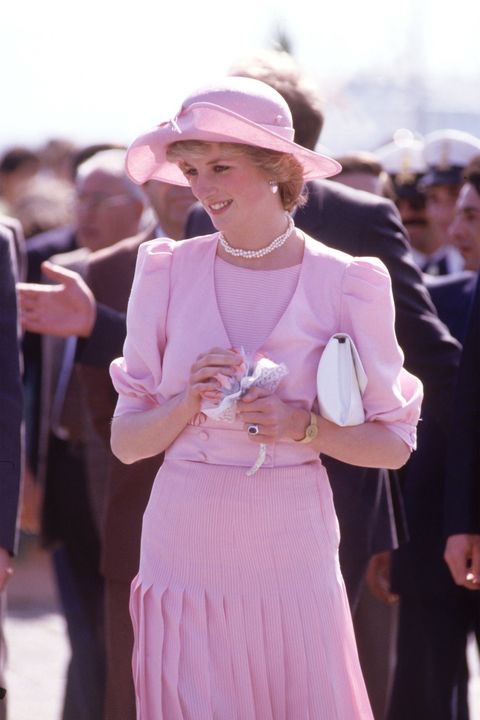 Thanks for stopping by.

What lessons have inspired you? How does Lady Diana’s legacy reflect elegance to you? Share your thoughts below. 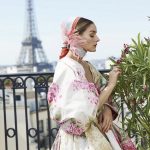 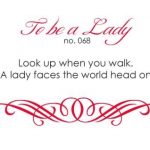 Art Of Lovely: 5 Ladylike Tips to walk with elegance and poise